What to Watch On Hulu: My 5 Favorite Shows

In 2010 I turned my hobby and passion for storytelling and photography into an incredible career as a destination wedding and family photographer and blogger. After ten years in the biz, I walked away from my 6-figure career because I needed to work on my mental and physical health and I wanted to focus on my family.

I am finally laying down on roots in southeastern Wisconsin and transitioning into what brings me joy: writing about my life as a mom and wife, oversharing about my hobby farm adventures, and my health journey.

Learn more about me

Take a Look Around!

Join the Farm and Country Newsletter for Weekly Updates!

What to Watch On Hulu: My 5 Favorite Shows

If there’s one thing I absolutely love about modern day technology, it’s streaming movies and TV (and talking about it here on my blog!). I’ve been a loyal Netflix user for years, back when they only offered DVDs that got shipped to us to our APO mailing address in Okinawa, but lately – as much as I love Netflix, it doesn’t always have the shows or movies I want to watch.

I recently decided to give Hulu a try, after having so many of my friends recommend it to us and it’s pretty amazing what I was able to find on there. So many of my favorites!! I thought it would be fun to put together a blog to share about my finds on Hulu with y’all, so you can take a look, too!

What to Watch on Hulu With Me!

Marshmallows unite!! I first got introduced to Veronica Mars a few years ago, well after it had gone off the air. Imagine my surprise to see it on Hulu!! It was so awesome to see Kristen Bell, from back before the Good Place and Frozen became a thing.

This very adult show makes my vampire loving heart very, very happy. The Sookie Stackhouse books by Charlaine Harris is one of my favorite book series, and while the TV show definitely deviated from the books, the TV show made for some great TV. Plus, um, Erik Northman and Alcide? Yes, please, don’t mind if I do! 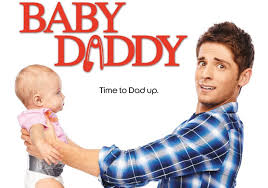 This one originally aired on ABC Family (or Freeform, as it’s called now) and I absolutely loved this show when it was on TV. It was funny and heartwarming, all at the same time – it’s something I even watched with my kids, and they thought it was hysterical. So happy to see the full series on Hulu!

Feeny! Fe-he-heeeeny! Easily one of my favorite shows from TGIF (oh my gosh, am I totally aging myself here?!), and the entire series is on Hulu. I can’t wait to share this one with my kids, hopefully they fall in love with Cory, Topanga and Shawn just like I did when I was their age.

Who else here absolutely misses Tim “the Toolman” Taylor and his family? This was my family’s favorite show when I was growing up. Even 20+ years later, we still do impressions of Tim Allen on this show and I still have a teenage crush on Jonathan Taylor Thomas, even after all these years!

While my initial draw to Hulu was all my 90s and early 2000s nostalgia, I found a few extra shows on there that I’ve heard so much about and haven’t had the chance to watch yet. Some of these would Handmaid’s Tale, Runaways, Big Little Lies and Ballers.

If you’ve got a recommendation for a TV show for me to watch on Hulu – post them in the comments for me!

That Time Lucy Decided to Shank Herself and Get Stitches »

Let Me Help You